OpenPSYC is a free online resource for students in Introduction to Psychology courses. Use the links on the right to learn more about the site, visit a course module or search by keyword.

What do you think of when you hear the word "studying?"  For too many students that involves reading things over and over again or copying things over into their own notes.  However, several research studies have found that studying in this way helps you remember information for a few minutes… but being tested on that information helps you remember it for much longer.

For example, Roediger & Karpicke [1] had college students study a passage of text much like they would for a class.  All students were given 7 minutes to study the passage and then were randomly assigned into two groups… one group was given another 7 minutes to continue studying and the other group was given a test on what they had read.  The final test of what students had learned took place after either 5 minutes, 2 days or 1 week.

The students were also asked how confident they were that they remembered what they had learned.  Students who were given the extra time to study more were more confident, and did a little bit better when the final test was 5 minutes later.  However, the students who took a practice test instead did much better on a test that was 2 days or a week later. 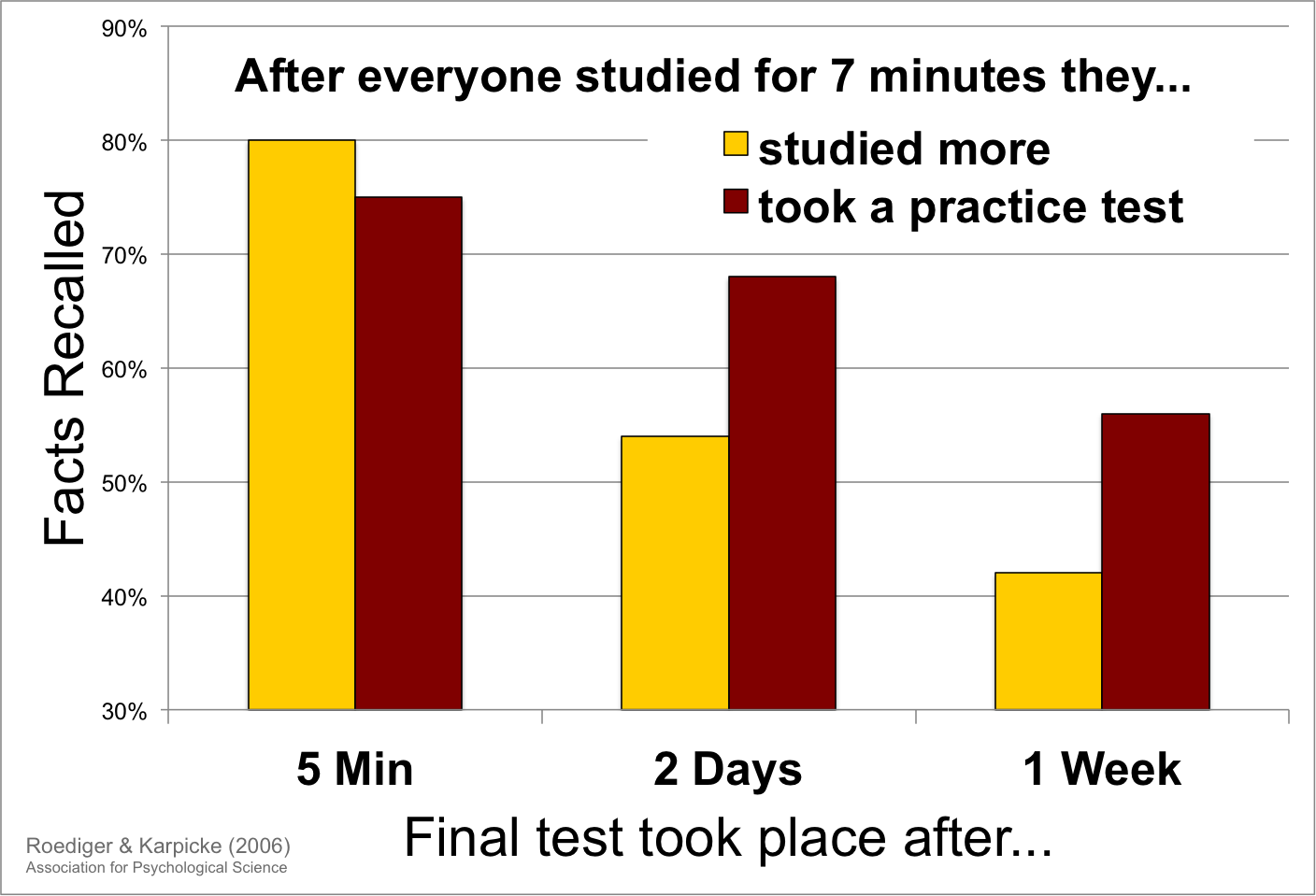 What does this mean for you?  It means that spending hours staring at your notes is not as effective as being tested.  Quiz yourself, quiz your classmates, write test questions and then practice answering them.  It is all about training your brain to access the information and use it.