OpenPSYC is a free online resource for students in Introduction to Psychology courses. Use the links on the right to learn more about the site, visit a course module or search by keyword.

Edward Thorndike (1874-1949), an early American psychologist, was a key figure in the development of behavioral theory and is best known for his work on animal learning.  He placed cats inside of a puzzle box and observed their behavior.  Watch a reenactment of his study:

The main idea here is key -- a behavior is more likely to occur if it leads to a desirable effect.  Thus, ever very complicated behavior can be explained in terms of "trail and error" learning rather than intelligent insight.

B. F. Skinner (1904-1990) is generally considered the father of Radical Behaviorism – the theoretical argument that the environment determines all behavior.  No attention or importance is given to the mind; to Skinner it is all about rewards and punishment.

As you will see, much of his work was done with a specially designed chamber, known as a Skinner Box (a.k.a. an Operant Chamber), that controls rewards and punishment.

So what influences behavior? Creatures are motivated to seek pleasure and avoid pain and we can break down the outcomes in two ways.

Primary vs. Secondary: Primary stimuli are things that have a natural effect without any learning necessary.  Link this back to our discussion about classical conditioning - primary stimuli are the UCS.  Secondary, on the other hand, are stimuli that we have learned to be desirable or aversive via classical conditioning.  They are things that started out as a neutral stimulus (NS) but have been associated with a primary stimuli, thus becoming a conditioned stimulus (CS).

This gives us four categories of stimuli that will influence behavior:

So how do we actually go about changing behavior using operant conditioning?  If we control the outcome we can increase or decrease the frequency of a behavior, and we can do this in one of four ways:

Positive (+) vs. Negative (-): This is where it can get a little tricky… the words in this context have nothing to do with good or bad, they refer to whether we are adding in a new stimulus (+) or taking one away (-).  This make more sense when we consider specific examples: 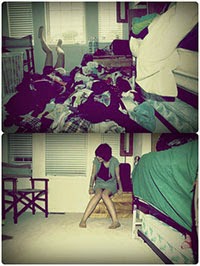 Note that in both cases a desired behavior is being reinforced, the difference is whether we encourage the behavior by adding in something desired or by taking away something that is aversive. 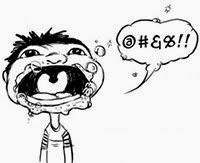 Again, in both cases the result is the same, but we can punish a behavior by introducing an aversive outcome or by taking away something that is desired.  The key is to think about the words "positive" and "negative" as mathematic operations -- are you adding something in or taking something away?

Learning is a basic form of intelligence - and even very simple creatures learn which behaviors earn reinforcement.  Here is a fun example of how you can apply these concepts to train a fish to play soccer (yes, this is real):